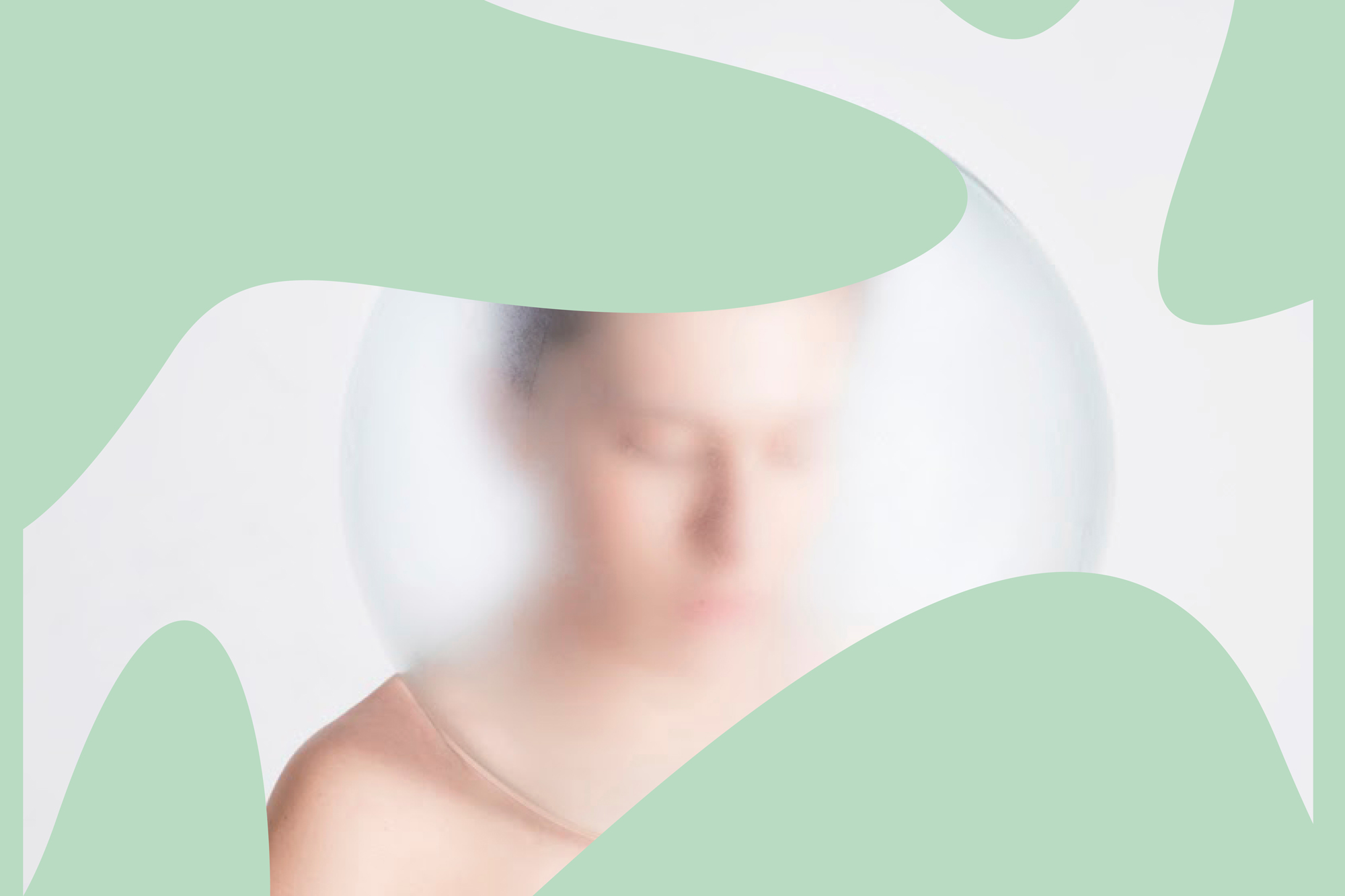 Exhibition is open until 4 May 2019, from Thuesday to Friday between 2-6 pm.
Co-orgainzer of the exhibition is the Initio Fine Arts.

Damage Control brings together the work of three members of the Studio of Young Photographers whose work examines tensions within the construction of human social identities. In today’s world of ‘perfect’ lives made public on social media sites, these artists explore an opposite dynamic - the flaws, inconsistencies and private difficulties that are inherent within the complex web of human relationships and interactions.

Dávid Biró’s ERR (2017) series focuses on the human behavior, determined by common courtesies. These conventional rules help us to interact in social circumstances, however, in a human-made system malfunctions can easily occur. Biró recreates and catalogues these intermittences, highlighting accidental, momentary and often oddly bizarre situations.

Enikő Hodosy’s Invisible-you (2016) series deals with emotional frictions. After a fight or argument, our soul and inner self might get damaged the same way as our body could. Hodosy’s interest lays in how to portray emotional injuries and visualize an internal elusive state. The result is an atmospheric set, containing photos of bruises, supplemented by pictures from her photo diary. Hodosy extends the series both in time and space by adding cultural and art historical references, going beyond the personal level, formulating a universal message.

Eszter Riga’s diploma work, Persona (2015) was created in her last collage year; in a period, which was a highly stressful time for Riga, facing anxiety problems and low self-esteem. The pictures of the series are metaphorical visualizations of her emotions, showing her fight for gaining recognition and the struggle for finding her own artistic voice. Riga’s other exhibited work, called Recall deals with emotions, embedded into the human touch., such as maternal embraces or fatherly slaps. These interactions (whether positive or negative) are coded in our memory for a lifetime. Riga recalls these inner pictures by using light sensitive materials, applied to the surface of the photographic paper, creating an abstract interface.

About K. A. S. Gallery:
K. A. S. Gallery was founded in Budapest after the change of the political regime in 1990. Its appearance was relevant as a response to build up alternatives to the institutional system of the local scene when there was neither governmental support nor private sponsorship yet for the arts in the country. The founder of K. A. S Gallery, Ilona Nyakas was one of the first to open a contemporary art gallery in Budapest in the 1990s. Nyakas, herself also an artist, familiar with the existential and financial problems facing artists, aims to support talented young artists with independent exhibitions.

About Seen Fifteen:
The artistic programme at Seen Fifteen is dedicated to the work of contemporary photographers, with a specialist focus on photography’s “Expanded Field” and artists who push the boundaries of the medium. Artists exhibited with Seen Fifteen include Maya Rochat, Laura El-Tantawy, Taisuke Koyama, Alexander Mourant, Megan Doherty, Martin Seeds and Ciaran Og Arnold. Originally from Ireland, Seen Fifteen’s founder Vivienne Gamble also supports the work of emerging Irish artists and has curated shows at Belfast Exposed Photography Gallery and Centre Culturel Irlandais, Paris. She holds an MA in History and Theory of Photography from Sotheby’s Institute of Art. Vivienne is also Co-Founder of Peckham 24 - a festival of contemporary photography that takes place during Photo London week in May each year. The festival is a collaboration between Peckham-based artists and art spaces with the Fourth Edition of Peckham 24 taking place in May 2019.

About Initio Fine Arts:
Initio Fine Arts was founded in 2017 by Bálint Ferenczy and Marie Tourre de Robien, with the aim to promote and represent Central and Eastern European art and design from the 1950s onwards. With access to both well-known artists, such as Judit Reigl, François Fiedler, Dóra Maurer, Imre Bak, Sándor Kecskeméti and also, to emerging talents, Initio Fine Arts’ mission is to support various artistic endeavors from the region through curated exhibitions and by participating at international art fairs. Following the family tradition, Initio Fine Arts’ core values are based on two decades of experience in dealership, being known as a trusted introducer of emerging talents.

The exhibition was made possible through the support of the National Cultural Fund of Hungary and the Association of Hungarian Photographers.

The exhibition is co-curated by Bálint Ferenczy, Initio Fine Arts.

We are grateful for Trapéz Gallery’s support to exhibit Dávid Biró series.

The exhibition is part of the official program of the Budapest Art Week.